Hamilton Beach® Commercial represents a long tradition of innovative products. When Louis H. Hamilton and Chester Beach teamed up in the early 1900s, little did they know that their collaboration would lead to more than 100 years of industry firsts that would span homes and businesses around the globe. One early milestone was Beach’s perfection of a universal electric motor that could operate on both alternating and direct current. This patented motor was used to power sewing machines and other ingenious attachments, thereby ending the era of the treadle sewing machine and other muscle-powered chores such as mixing.  Over the years, Mr. Hamilton and Mr. Beach pioneered and successfully marketed many products under the Hamilton Beach name. They included electric fans, glass washers, vacuum cleaners, and many more products — all of which ultimately made life easier and more enjoyable.  Another invention by Hamilton Beach® is still a staple today — the electric drink mixer. Owning one is like owning a piece of history. Like the original drink mixer from 1911, all Hamilton Beach® Commercial products in today’s line are built with ingenuity, durability, and attention to detail. 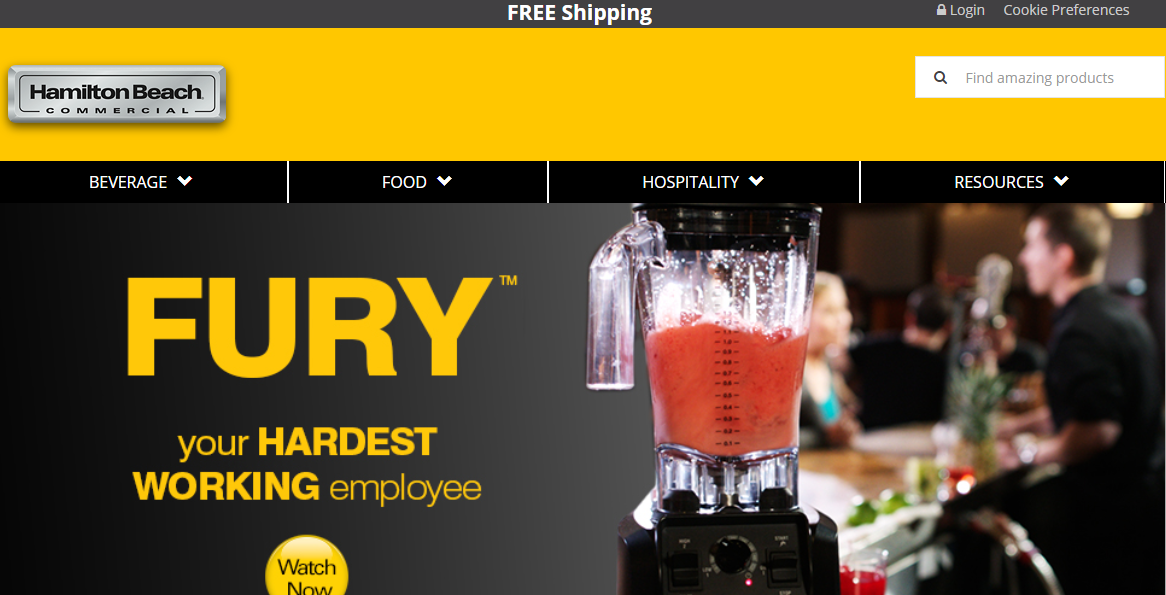